The Youngstown Press Club established the Hall of Fame to celebrate members of our local communication, media and advertising community who have had long and distinguished careers.

Nominees for the Hall of Fame must have a minimum of 20 years professional media experience including journalism, public relations, advertising and/or writing, and must have made notable contributions in the Mahoning Valley media markets.

The First Amendment Award is given to honor a person or organization who has taken a stand with the risk of personal or professional harm. It was created to honor those who have staunchly defended the freedoms protected by the First Amendment to the U.S. Constitution. The nominee must have a connection to the Mahoning Valley region. This award will only be given in instances where the actions of the awardee are exceptional.

Now, meet the members of the Youngstown Press Club Hall of Fame: 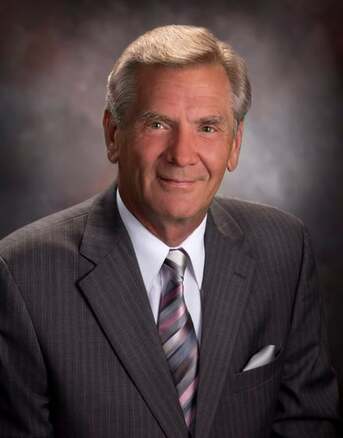 Bob Black
​Inducted posthumously in 2021
Bob Black's interest in broadcasting began as a teenager when he was an announcer for WEDA-FM radio in Grove City, Pa. While attending Penn State University he continued working as an announcer and news editor at the college radio station WDFM.

Black first worked as a Grove City Junior High School teacher for nine years after college until he scored a job in journalism in 1978 as a part-time weekend sports announcer WKBN-TV. He was named anchor of WKBN-TV News at Noon in 1979, anchoring the show for 17 years until 1996 when the station was sold. In 1997 he was hired by WFMJ-TV and became co-anchor of their 6 P.M. and 11 P.M. newscasts until his retirement in 2015.

Black received three Cleveland Emmy Awards as well as various accolades for his coverage of Congressman James Traficant; of political corruption in the Valley; of General Motors Lordstown plant; and of the United Autoworkers Union among many other important topics. He continued contributing even after his retirement in 2015 with coverage of the 2016 Presidential election while serving on the 21 News political team. 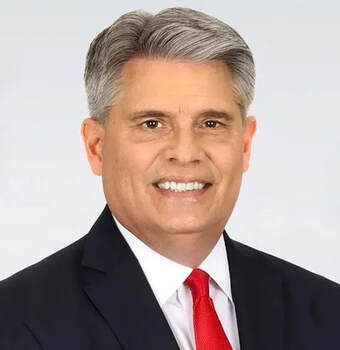 Stan Boney
Inducted in 2021
Stan Boney is a 40-year-plus veteran of television news in Youngstown, joining WKBN-27 First News in 2015 after 36 years with 33-WYTV. He was born and raised in Findlay, Ohio and is a graduate of Ohio University.

​His enthusiasm for writing and story-telling is evident through his coverage of major news such as Lordstown’s closing, local and national politics, and of hundreds of human-interest stories. 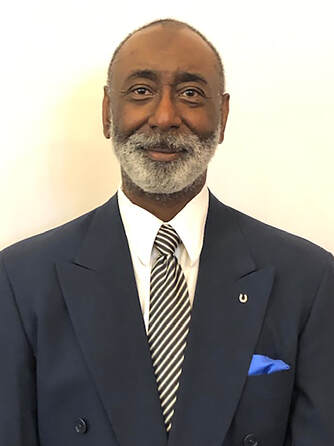 ​Ernie Brown
​Inducted in 2022
Ernie Brown is best known for his tenure as the regional editor for The Vindicator, Ohio’s eighth-largest daily newspaper, from 1986 to 2019, and as a reporter from 1976 to 1985. Before his decades-long service to Vindicator readers, Ernie was a junior high English teacher and adult basic education teacher with the Youngstown Board of Education, a student intern and general assignment radio reporter with WTVN Radio in Columbus, and a summer employee in the former forestry division of Ohio Edison, now FirstEnergy, in the early 70s.

An honors graduate of Youngstown’s East High School in 1970, Ernie went on to earn a bachelor’s degree in broadcast journalism from Ohio State University in 1974 and, a year later, he earned a teaching certificate in English for grades seven through 12 from Youngstown State University.

Honored in 2016 by Omega Psi Phi Fraternity Psi Omicron Chapter as its Person of the Year, Ernie has been honored by numerous other groups in the Valley, including Delta Sigma Theta Youngstown Alumnae Chapter for political awareness and involvement in 2015. He was named honorary co-chair of the first African-American Male Wellness Walk/Run and honored in 2012 for community service by the Ebony Lifeline Support Group. 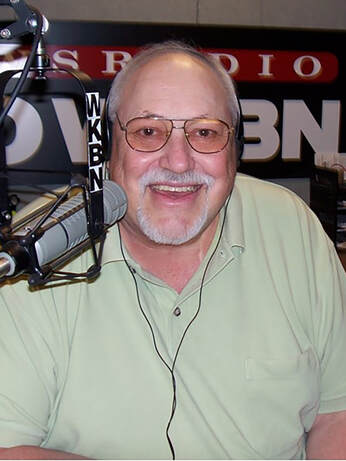 Peter "Pete" Gabriel
​​Inducted posthumously in 2022
Peter “Pete” Gabriel’s broadcasting career began in the Armed Forces Radio and Television, while serving as an air policeman in the Azores. He was honorably discharged in 1959.

His radio career progressed through various stations in Pennsylvania, Columbus, Ohio, and Kansas City before settling in Youngstown, Ohio in 1978 with WKBN and the Williamson family.

His more than 26-year career with 570 WKBN included introducing the talk radio format to the valley in 1984, hiring some of the best-known voices to Youngstown (Dan Ryan, Dan Rivers, Ron Verb and Rich Morgan) while serving as operations manager. “Pete” also created one of the first mobile radio stations, Rollin’ Radio.

Pete loved his career, working many formats before stepping into the world of talk radio, where he was known for his friendly laughter and compassionate approach to callers. He enjoyed being involved in projects that benefited his community. One of his greatest community accomplishments was creating The Mahoning Valley St. Patrick’s Day Parade, now entering its 45th year.

He received many awards and recognition throughout his career including an induction into the Ohio Broadcasters Hall of Fame in 1996. He retired from WKBN and WNIO in 2005, completing 48 years in radio broadcasting, radio management and advertising sales.

“Pete always exceeded expectations,” said Dan Rivers, 570 WKBN Talk Host. “He was great on the radio, but his best attribute may have been his calling as a personnel director. Pete was the manager that closed the deal to bring Dan Ryan to WKBN. Ryan was a staple on WBBW, but Pete convinced him to join the staff of WKBN. One hire changed the trajectory of the station.” 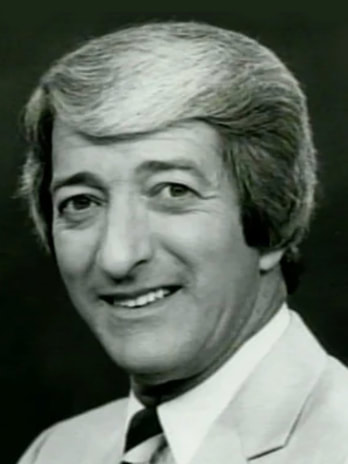 Tom Holden
​Inducted posthumously in 2022
After whetting his appetite for broadcast news with radio news at WBBW Youngstown, Tom Holden joined WKBN-TV in 1972 as a reporter. He was named an anchor in 1974. From the 1970s until the early 2000s, Tom was the Valley’s media equivalent of Walter Cronkite. Welcomed into local homes every weeknight at six and eleven, Tom was the anchor most people turned to with confidence for news about their world.

His ratings were legendary. Tom was credible, respected and valued. His special series on the mob in the Mahoning Valley was so popular people clamored to purchase copies.
When the industry evolved to recognize the importance of female anchors, Tom welcomed the addition of his longtime co-anchor, Gina Marinelli. In fact, he and Marinelli were the longest-running team in Valley media history.

He wasn’t just esteemed by those who knew him from WKBN News, or earlier stints at local radio stations WBBW and WHOT. Those privileged to call Tom a coworker, mentor, teacher and friend still lament his untimely passing in June 2005 at age 67.

According to his colleagues and students, Tom “was the most charming man most of us ever met. He was the most famous person most of us knew intimately, but he never acted like he was above anyone.”

“Many of us met Tom at Youngstown State University, where for decades he was a favorite adjunct broadcast journalism professor,” said Michele Gatts, Tricia Perry and Marinelli in a letter to the selection committee.

An Army veteran, Tom had offers from bigger markets for bigger jobs. But he was a native son — a graduate of Wilson High School and Kent State University – who loved the Mahoning Valley. While people and companies may have abandoned the Valley, Tom did not. His levity and leadership helped the Valley navigate good times and bad.

His most important and favorite job was being the beloved dad to three sons. “Even if we didn’t see them often, we felt as if we knew Sean, Kevin and Tommy well because Tom spoke of them with joy,” his nominators wrote. 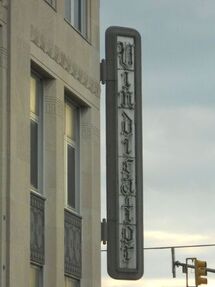 Its reporting on the mafia, political corruption, and big business matters garnered the paper a reputation of fearlessness. In 1984, the paper became The Vindicator. The paper provided a heritage of reporting to uncover corruption and to be the watchdog for a community, the importance of good story-telling, and the celebration of the past while emphasizing the importance for future First Amendment rights through journalistic freedom and longevity. 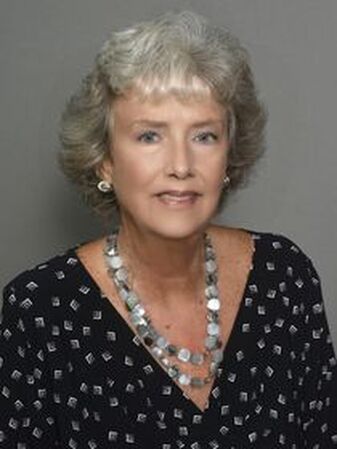 Andrea Wood
​Inducted in 2022
Andrea Wood was born and raised in Pittsburgh and earned a B.A. in political science from Penn State University. In 1974, she became the first newswoman at WYTV Channel 33 in Youngstown when she was hired as a reporter and weekend anchor.

She went on to work as a news anchor, producer and reporter at WSBT-TV in South Bend, Ind., and WPGH-TV in Pittsburgh. In 1979, she returned to WYTV as an investigative reporter and subsequently was promoted to chief anchor and executive producer. Her 1979 documentary and continuing coverage about the disappearance of a 21-year-old Youngstown woman, Joanne Coughlin, earned awards for investigative reporting from the Ohio Associated Press Award and the Cleveland Press Club.

In 1996, the newspaper began publishing daily updates at BusinessJournalDaily.com. And in 2009, as The Business Journal celebrated its 25th anniversary, Andrea added a webcast, the Daily BUZZ, to the website. Diverse social media news platforms followed and today the news stories and videos posted on Facebook, LinkedIn and other channels extend The Business Journal’s reach – and positive voice from the Mahoning Valley – worldwide.

Andrea is the chair and president of The Youngstown Publishing Co. and Publisher of The Business Journal.

She resides in Poland, Ohio, with her husband, Dennis LaRue. 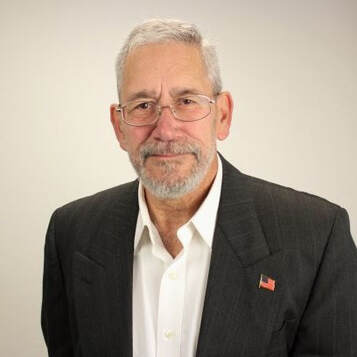 While working as a stockbroker he founded the Youngstown Publishing Company and in 1984 founded and became the first publisher of The Youngstown Business Journal.  In 1995 he began cboss, an early internet services and programming company. They operated one of the first news aggregation sites in the state. With cboss and his consulting company Universe Central Corp they arranged for the Mahoning County Board of Elections to become the first site of election results being published live ever. cboss also created OPLATES which became the world’s largest registrar of vehicle plates.

​Having retired, he decided he didn’t like it, so he quit and is now working with Microsoft virtual reality technologies.